Apologies! The addon "armor_f_tank" is actually in my P: drive. Windows tells me it was created the same day/time as everything else when I last attempted game data extraction. Why I did not see it then is a mystery to me - just blind I guess.

I've noticed that behaviour too, but never clued into the difference in player position before.
I'd always assumed it was bad mod interaction. Great insight!

I found a work-around: pull the nested #if... #endif structures out of the config.cpp into a separate HPP file.

Responding to this image you've since deleted... 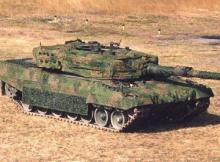 ...To be fair, the Tanks DLC did add camo nets in multiple camo patterns.

dmorchard updated subscribers of T127458: Door of the desert cargo tower is unuseable.

Hi @Astaroth. I just want to make sure this issue isn't overlooked. Have a great day!

Hi @Astaroth. I just want to make sure this issue isn't overlooked.

I'm having the same/similar issue. After clearing the first town I got onboard the APC as directed but it failed to get to its destination. It did figure-eights around the boarding location for a few minutes then finally "broke free", traveled maybe 50 or 100 m down the road and then just stopped. I can't exit or change seats, I'm just stuck.

dmorchard added a comment to T135431: AI refuses to drive a vehicle if you are in the vehicle also( Noticed in Warlords multiplayer mode).

I experienced this playing on an unmodded, unofficial Warlords server yesterday. The misbehaviour was sporadic, by which I mean it works as expected one minute and then stops working for a while, and it might eventually return to normal.

@Wulf, try the Mohawk helo. For me it's guaranteed to jiggle on the decks of both Freedom and Liberty if I place everything via the editor and then play the scenario in SP. I just re-tested today - main branch, vanilla, Stratis, 10 Mohawks placed randomly around the Freedom's deck - 10/10 are hopping up and down. Placing one Mohawk on the Liberty's helipad is also guaranteed to result in either hopping or an explosion.

I've incorporated the script from my mod into the mission...


dmorchards_Blackfish_CAS.stratis.pbo7 KBDownload
...and also uploaded the SQF for your convenience...

Gladly! But before I do that, the script I'm working on is currently in the form of a mod. Is it alright if I upload separate PBOs for the mission and the mod along with repro steps, or would you rather I try to integrate my script into the mission?

Respectfully, it doesn't. I've tested my script without the flyInHeight line and it still completely ignores the flyInHeightASL command. The result of...

dmorchard added a comment to T128101: The Air vehicles with sided weaponry no has adequate attack style .

I've been looking into this issue as well. I found a few past tasks specific to the Blackfish...

dmorchard added a comment to T127458: Door of the desert cargo tower is unuseable.

Is there any chance this'll be resolved in the Tanks DLC?

Is there any chance this'll be resolved in the Tanks DLC?

My understanding of "reload tracer" is that there are a few tracer rounds near the end of the mag to alert the shooter that they'll need to reload right away. The balance of the mag is regular ammo.

dmorchard updated subscribers of T117357: Bench pod not in Eden.

Nice fix Optio! I've been wondering about this issue for a while and stumbled on your year-old solution. No "reviewed" tag from BI yet; maybe we need to bug @Wulf :)

The missing bench pod is a config issue: https://feedback.bistudio.com/T117357

Video of the desired behaviour as it occurs on a typical cargo HQ building: Land_Cargo_HQ_V1_F

dmorchard added a comment to T127071: Unable to unlock Achievements "Puppeteer" and "Armed and Dangerous".

That's not my experience...

dmorchard added a comment to T126614: Reduce sound when controlling / viewing through UAV.

Agreed. In real life I assume there'd be a volume knob on the UAV terminal that the operator would turn down/off so it wasn't drowning out radio/direct voice comms.

nmdanny, could you elaborate on the method you've proposed? Are you speaking specifically of setting things up in the mission editor, or is there some way to do all that in-game via Zeus (and probably the Ares/Achilles mod)?

w.r.t. scripting the armed V-44 Blackfish to effectively loiter around a target: radius, altitude and probably speed will be key factors too. Only certain combinations result in guns' gimbals being able to aim at the desired target.

I'm looking to the UAV loiter waypoint as a way to solve a shortcoming of the armed Blackfish VTOL. Anyone who has tried to get an AI-piloted Blackfish to do their bidding will already understand where I'm coming from :)