Tags
Subscribers
dedmen, cater182, Lex and 3 others
Assigned To
None
Authored By
jddunlap, May 7 2013

While the new quick throw for grenades is an improvement, it doesn't address a bunch of other issues with grenades, such as how frequently what should be a perfect grenade throw ends up being a suicide, and how hard it is to do a precision throw through an opening or into a window.

Dslyexci put together a quick prototype that not only addresses these issues, but also adds a bunch of additional enhancements that would be simple to use and bring Arma's grenade functionality from being worse than in a lot of other games to being perhaps the best around. You can see the prototype in action here:

Yes that is indeed a good prototype system. I remember seeing that when the videos were released.

I hope the developers will implement some of the basic ideas.

This issue was processed by our team and will be looked into. We thank you for your feedback.

On the video in this ticket everything looks interesting. But I think this issue could be partially solved without changing the animation.
Add an icon to the center of the grenade throw view, with the loading forces division in a circle, similar to this 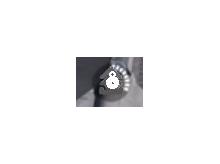