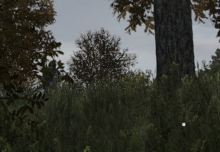 Foliage smoothing has an issue where it looks like it's has a certain pattern to it on AMD only (not sure if it's AMD only) GPUs?

Might be a tad hard to see on the images because it's just a small snippet of the screenshot, but it affects the whole scene. 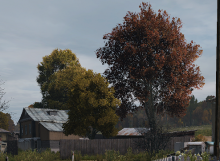 I don't know if that's just how it is, or is it just a bug on AMD GPUs, maybe it affects Nvidia GPUs but I don't know, so far only AMD users reported it.
It's not a big deal but I've seen few people asking about it so it would be nice if that issue in DayZ's engine (Enfusion?) could be ironed out. 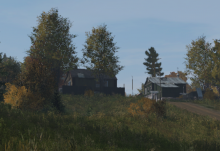 yes, there is such a problem
made 2 threads about this
here and on the dayz forum, I hope they will pay attention to this and fix this terrible graphics - so same need to write in the AMD error report about bad graphics, because perhaps this is a problem in the amd driver

Have the same issue, and has been around for a while, would be nice if they fixed

I don't like how dayz works on AMD graphics cards at all and for 2 years of using 5700 xt, I ate my fill of the terrible work of the video card in the game dayz

at the moment there are 3 problems that I see:

3.the shadows are terrible - when you run especially through the forest and see how the shadows flicker, this is a terrible picture

Dayz developers or AMD driver developers should tackle this problem with AMD video cards once and for all for dayz, because only because of these problems that are not fixed, I will never use AMD cards for games again and 5700 xt sapphire is my last video card

It's been like that for two years now, it's disgusting to play.
I understand that it is possible to turn off anti-aliasing of the foliage, but then the textures of the trees and grass are terrible. I wrote to both developers and AMD, but no result. If corrected, it will be a miracle.