New type of a unraidable base with a special watchtower tactic on specific location/building
New, UrgentPublic
Actions 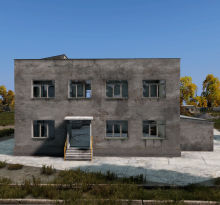 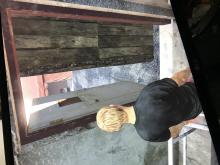 Today I'm finally going to report something that I and many other players have noticed for 2-3 months now that I don't think should be this way in Dayz. When bases are built, there should always be a way to raid them in a normal way?!

The following is the "Tisy Building" / Tisy military headquarters (see 1st picture). It doesn't matter which of these buildings exactly, because this "trick" works on any of these specific buildings (no matter if e.g. in Tisy Base, Dolnik, Topolin, NW Airfield...).

Namely, people build there with a special tactic, placing a watchtower on the roof in such a way that one of the four beams of the watchtower is exactly in the middle in front of the door leading to the roof. Due to this construction method, this base is in fact not raidable, because you can shoot at the beams, but they do not take any damage. At the same time, this means that the group that owns the base has an account on top of the roof (because this player can't get down from the roof himself) and the rest of the players/accounts of the group give the loot at the door to this player/account, so that he bunkers it on the roof.

I hope I could explain it understandable, otherwise, if something is unclear, just ask again. But since we have now seen for the fifth or sixth time such a base, against which you can do NOTHING, we wanted to report it now and can only hope that something can be done against it, because just as I said in DayZ each base should actually also be somehow attackable, which is not the case with these. On the second picture you can see the situation again more exactly.

Gladly you can also tell me your opinion about it, I suppose times this thing is unknown to you so far.

Additionally: Better change this task to private so not more players read about this terrible tactic and make it their own..

This is still raidable, you shoot the walls and shovel afterwards to clean it up, all walls must be gone first though.

This is still raidable, you shoot the walls and shovel afterwards to clean it up, all walls must be gone first though.

Nope it is not raidable:) still now.. and I reported this last year Aug nice

You cant shoot watch tower roof to ruin it? Everyone who raids on my server only uses guns, they never use tools, i figured it could even be shot from the ground outside of the building as well.

Unraidable bases are good, it pisses off the sweats and nolifes who make this game their entire existence.

Unraidable bases are good, it pisses off the sweats and nolifes who make this game their entire existence.

Uhm these guys who build unraidable bases are nolifes and sweats.. But doesn’t matter because bohemia doesn’t care as you see

huh, i'd have thought building a base as unraidable as possible was the entire idea. Is it also cheating to move your character while someone else is trying to shoot you..?

Yeah the new plastic explosives makes base raiding too easy, that and the increased grenade spawn rates.

Bases should be hard to raid, It shouldn't take one man with a couple grenades to break down a wall.

Bohemia wants to encourage base building but when people are running around with bombs people are just gonna hide crates in bushes from now on. Only the large groups of 4+ people who are online all day everyday (like axishunter1 and his entourage of lowlife losers on Livonia 4913) will have big bases and the rest of the players suffer.