I was able to enter the cabin facing north east

Thank you for the report aux7.
The issue has been confirmed and scheduled for a fix.
Regards,
Geez 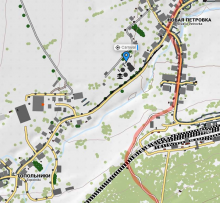 After some more testing, I believe it has something to do with a client/server doorstate desync.

I've not relably found a way to recreate yet, but testing a server restart with the doors in various states, I can sometimes get it to a state whereby it is accessable, but then one of the other two became inaccessable.

I've also been able to get itno one, close the door, open it again and be stuck inside.

Lastly, I had the reported one accessable, then I closed and opened the door, and it was inaccessable till the next restart.

it seems to be very inconsistent.

We're going to try to get several of us in the area, and see if we all see the same doorstate.