ArmaA 3 Launcher does not recognize mods correctly via Steam Workshop, which does not allow for automatic download of mods required by the server
Need More Info, NormalPublic
Actions

I have created a new mod, and according to Wikidescription for creating a mod I should have 2 required files to make it properly detected by Server Browser in ArmA 3 Launcher to allow automatic download from Steam Workshop when a client clicks Join on the server, which is mod.cpp and meta.cpp with correctly set Steam Workshop mod id (taken from URL on mod page in Steam Workshop) and mod name. I have it all done, it's showing in launcher after I click Join as required on the server, but there is no option like on some other mods to download it automatically. More over, even if I take an existing mod and copy it / create it as a new mod of the same mod (repack) then it's not recognized also. More over there are multiple mods which are not recognized mods, but they should in Steam Workshop which is causing players to not join such server because they can't automatically get mods.

Example of mod which was repacked and is still not recognized:
Mod link: MOD LINK

Mods in startup param of the server are added like -mod="clientmods/2614017981;" (The directory name is also mod steam id of mod in Steam Workshop).
So they are pointing to folder with mod id (could this be an issue on Linux? According to my test it the same result with mod id or mod name).

Also, some mods indeed had steam mod id not correctly set in meta.cpp, so I have updated it manually on my server side, this also didn't help (only the name showing correctly after the change in Join server dialog / server details but still it's marked as red and not recognized for automatic download).

List of some other mods which are not recognized (some of them might have indeed incorrect id, but like I said below even after I update it to correct one after downloading it for server, it won't help, and some of them are correctly set both on my server and in Steam Workshop and still no luck).

The example which im mainly testing is with Plastic Armbands Repack Nerexis as it's my mod and I ensured all the required info for more is there.

I think the expected behaviour would be for ArmA3 Launcher to match it correctly for automatic download if the Steam mod id taken from Steam Workshop mod page URL is correctly set. It appears it's not matched by steam workshop mod id.
Also, If I manually export mods required by the server to 'preset file' and then, unsubscribe them in Launcher and then I import it back in the Launcher, then mods are correctly recognized for download from Steam Workshop.

One of problematic mods: 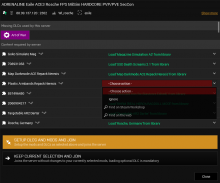 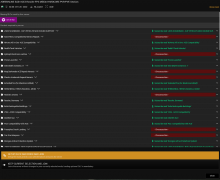 Can be directly tested by trying to join my dedicated server through Launcher, but please let me know first and I will setup test case.

UPDATE 2021-11-20: I have confirmed that the issue is related to Linux binary, Windows binary is working fine! Read comments below.

Looks like Linux (x64) Dedicated server problem, as the mod is correctly recognized when I use the same mod in Windows x64 dedicated server.

Please notice the error is not that the mod is not detected as required on the server because it is detected, thing is its shown on the list of mods but the main issue is it's marked as Red meaning the launcher won't subscribe to it automatically via Steam Workshop but it should be marked as Green for automatic subscription.

I can fully confirm now the issue is in the Linux Dedicated Server binary because when I tried reproducing it with Wine emulator (https://en.wikipedia.org/wiki/Wine_(software) ) which allowed me to run Windows binary of dedicated server on Linux the mods were recognized correctly and clients could subscribe automatically to all mods, and when I switched back to Linux binary then the issue was back again.

Note: for now I might run the Window server version through emulator so if you want to verify issue directly on my server then please let me know then I will switch back to Linux binary.