The Full Ghillie suit that comes with Apex appears to be listed as a Marksman DLC item. Players without Marksman DLC but with Apex will get watermarks telling them that the uniform is premium locked content while wearing it, however, they can drop and pick up the uniform with no problem. Using the getPersonUsedDLCs command with someone who owns the DLC when wearing either the NATO or CSAT full ghillie returns 332350, which is the code for marksman, and does not return 395180, which should be expected as that is the code for Apex. However more interestingly if the player that does NOT own the Marksman DLC wears the uniform and uses getPersonUsedDLCs, it returns only [-1], as opposed to 332350 OR 395180. I haven't been able to test this with more than one person that does not own the Marksman DLC. As you can see in the provided RPT file from that player, in the DLC listing at the top, an "Unknown" DLC by the appID of -1 is present. It may be that due to the player not owning Marksman and the uniform being broken, the game is falling back on and using that Unknown DLC. I can also say that this Unknown DLC is in my own RPT files, however, I own all of the DLCs.

As a second note, as you can see from the pictures provided below the watermarks and popups the player receives are that of the Jets DLC. The player does own the Jets DLC and has tested in an empty mission with nothing but him wearing the Ghillie suit but the game still says that the Item belongs to the Jets DLC (However not in the ID provided by getPersonUsedDLCs). This may be due to the "Unknown" dlc not actually existing and the game falling back on the most recent DLC.

As a final note, if the player wears any uniforms actually provided in the Marksman DLC they get the same Jets watermarks as above and getPersonUsedDLCs still returns -1. They also tested with helicopters from the helicopters DLC and got the same result again.

Update 5/6/17: Another player who owns Apex, does not own Marksman but ALSO does not own Jets DLC is still being told that the Ghillie is DLC restricted. However, the popups and watermarks show Marksman DLC as expected as opposed to Jets DLC as it does for the other player. An image has been added which shows this.

Both players have verified their game cache with no change 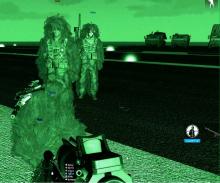 Must be thanks for the nice post looking the fix connections for bluetooth audio devices and wireless displays in windows 10 mobile here and access the setting for batter working device.

Games are the great source to refresh and for the mind peace. I played this game and so surprised because of its graphics and the story of the games. You need sound card Basically, games only on depends upon the story behind the game.